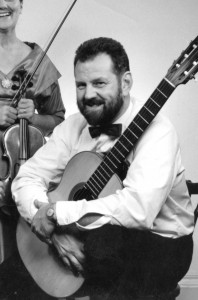 Patrick Shuldham-Shaw was a man of many talents. He had a thirst for learning and had not only an encyclopaedic knowledge of most subjects (including whisky and food) he was an authority on the folk music, song and dance of many countries. He played many instruments and spoke many languages – indeed, it was said that there were none he could not just pick up and play or converse in. He was a fine singer, natural teacher and a lover of puns with a sometimes wicked sense of humour.

Pat collected traditional tunes – most notably in Shetland where he noted down tunes which had previously been passed on orally. He edited The Greig-Duncan Folk Song Collection which was published in eight volumes after his death. He was a ‘Roving Ambassador’ for the Sing for Pleasure movement. Most of all he was an authority on and composer of English Country Dances.

It was his prodigious output of dances in all styles and levels of complexity which has led him to be labelled the Twentieth Century Dancing Master. He took his dances to Wales, Scotland, Holland and the U.S.A. as well as all over England.

But Pat was also full of charm and enthusiasm and had a charisma which led to him being loved and well remembered by all who knew him.